Essentially, there are plenty of differences between acoustic (steel) and nylon string (classical) guitars, but they’re not solid enough to be declared as rules and definitions.

Some of the most obvious ones can be seen in the design and preferred genres musicians usually play on them, but pretty much everything else is a totally subjective matter. 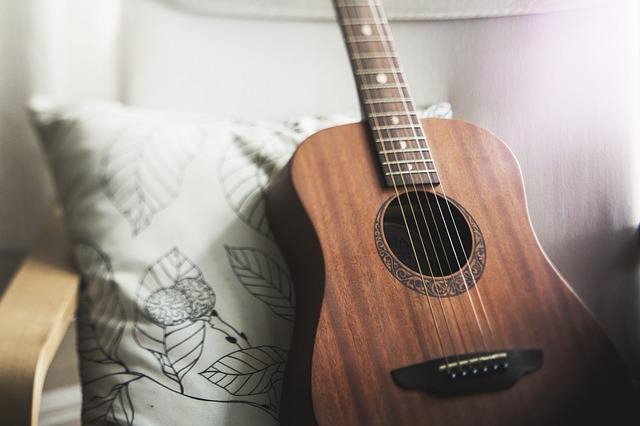 On another hand, nylon string guitars have a wider neck, which is precisely the reason why musicians have started using it in different ways and for different styles of music.

Acoustic guitars are traditionally used for country, bluegrass, rock, and pop music. The main reason for this is that the steel strings have a bit more depth and character required for the instrumental sections of the aforementioned genres.

The reason why nylon string guitars are called classical guitars is obvious – they’re mainly used for classical music. The reason for that is because nylon strings offer a bit more sustain and resonance, thus making the reverberations sound more airy like. This is particularly beneficial for players who prefer flamenco and folk styles.

On a side note, there are certain things about acoustic guitars that aren’t so well known – less traditional music genres, such as heavy metal and hard rock also feature ballad songs that are often composed with both electric and acoustic guitars. Nylon string guitars have little presence in such scenarios.

The playing style is different from music genre, although certain beginners can’t grasp the extent of this substantial difference. In this respect, a steel string (acoustic) guitar is more versatile than a classical (nylon string) guitar.

Namely, there are players who play steel string guitars fingerstyle, and there are those that use a pick. On another hand, nylon string guitar players play fingerstyle almost by default. The reasons for that are various, but often logical.

For instance, one of the main reasons why classical guitar players avoid using a pick is precisely because of the massive sustain and resonance. Using a pick will add more attack to it, making short work of the airy resonance, granting unnecessary emphasis on the lower end even though nylon string guitars are favoured for their treble and their high end.

Sound wise, there are very obvious differences between steel and nylon string guitars. For instance, acoustic guitars have a bright, crisp sound whereas classical guitars have mellow, incredibly warm sound.

However, it’s important to note that every person has a different set of ears – we all perceive things differently, hence the aforementioned descriptions of sounds are subjective, regardless of how much we want them not to be.

What’s different in terms of sound from an objective point of view is the fact that acoustic guitars sound a bit darker and have just a bit more of character, whereas nylon string guitars make up for their lack of character with an all-around presence.

In modern times, the differences between these two types of guitars in terms of sound are fading due to various factors. Namely, we now have semi acoustic guitars that can be plugged into a PC or an amp, various guitar effect pedals that could easily bring these two types unnaturally close, and there are also different types of strings that can be attached on both of them which would, again, bring them to sound pretty close to each other.

Good for Beginners – Steel vs. Nylon

There are many people that point out that nylon string guitars are better suited for beginners, precisely because of the fact that young students (who often start their education with classical music) play on nylon strings.

Additionally, we did mention the fact that nylon string guitars have a wider neck, which only means that positioning your fingers on the frets would be easier. In that respect, nylon guitars are factually better for beginners than steel string guitars.

However, let’s not forget the fact that every human being is different. The learning curve is different for all of us, and what appears easy to some might be difficult for someone else. This is the most subjective of all aspects of the differences between acoustic and classical guitars.

In that regard, some players actually find steel strings to feel a bit more natural, pointing out that classical (nylon string) guitars have a bit of a synthetic feel to them. What this relates is often called playability of the guitar.

In order to find out what type of guitar would suit you best, it’s often best to use an average guitar for comparison of the two. Now, what’s tricky in this satiation is the fact that there are more acoustic guitar manufacturers, which means that their competitive race propels them to improve their technologies.

As a result, there are more steel string guitar models, more advanced technology, and everything indicates that this line of industry is only going to flourish in the future. In that regard, we can safely say that acoustic guitars are a bit more advanced, maybe even upgraded versions of nylon string guitars.

There are real differences between acoustic and nylon string guitars – classical guitars are smaller, have a wider neck, are often played fingerstyle, and have a mellow, warm sound, whereas acoustic guitars can be played with a pick or fingerstyle, are a bit bigger in terms of body, and have a bright, crisp sound.

Everything else depends on the player – you can play every kind of genre you want, you can equip your guitar with any kind of strings you want.

Hi everyone! Im Monica and I am an avid lover of guitars and everything in-between. My current profession is not really music-related. It is quite discouraging but I just don't want to drop my zeal--especially not to guitars! I created GuitarTrance.Com so that I can keep up with my hobby. Of course, I want to engage with the community as well! Hope we can all get along!

Previous Post The Best Guitar Cable You Should Connect To Your Rig! 2022 review Next Post Singing Dream Meaning – Interesting Interpretations, Symbolisms, And More!

3 Things to Consider Before Renting Stage and Sound Equipment

Beginner Guitarists - 5 Things You Should Know

The 5 Stages of Learning to Play A Song

6 of the Most Famous Guitarists in the World

What to Know About Learning to Play the Drums

Essentials You Should Have When Learning to Play an Electric Guitar

9 Tips To Buy A Used Piano

The Best Book To Learn Guitar - A Top 5 List

The Best Book To Learn Guitar - A Top 5 List

The Best Looper Pedal For Both Pros and Amateurs 2022

The Best Practice Amps for Beginners and Versatile Guitarists 2022